Robots in hospitals can be very useful for navigating the hospital

Of course, there are also more serious robots in hospitals. I'm talking about surgical robots, but this article is focused on machines that can make everyday work in a hospital easier. So if you are interested in surgical robots you should check out my article on   surgical robots.

OK, back to the diligent hospital workers. I like to divide everything into types, categories, sections and so on. This article is no exception. I'll try to shed some light on robots in hospitals by discussing, more or less separately, the different types of robots that operate (or will operate) in hospitals. 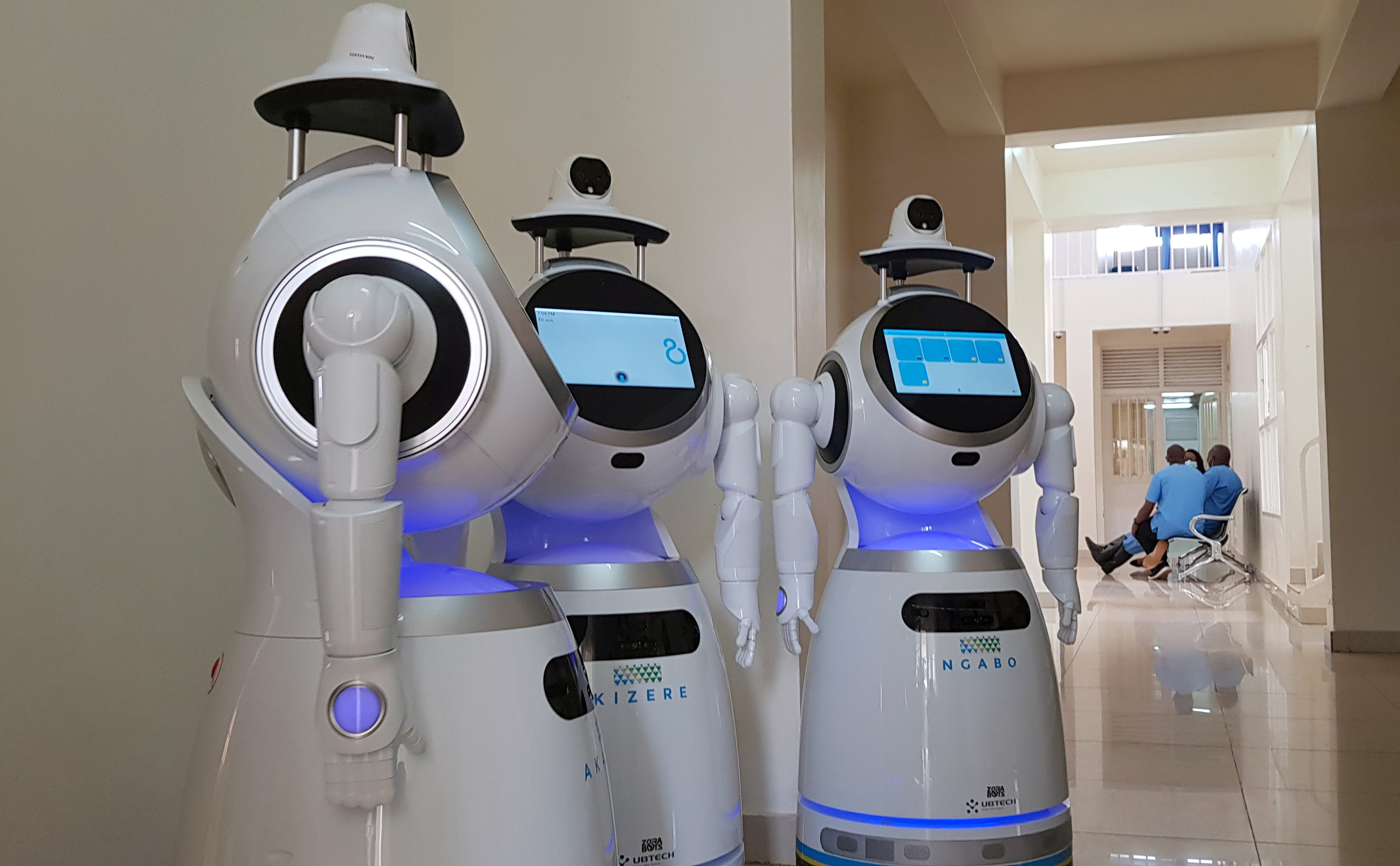 The concept of messaging robots in hospitals is not very new. For example, the HelpMate which you can see in the image on the left was developed and started working in the 90s, 20th century. A HelpMate can carry X-ray images, food, medicine, and other things.

There is, for example, McKesson ROBOT-Rx. It is a robotic system intended for the automated processing of drugs. It automates the functions of storage, selection, return, replenishment and credit.

As the McKesson website indicates, more than a third of hospitals in North America use their robotic systems. So, it is quite common. It is not without reason. Hospitals can reduce errors and costs, as well as improve productivity by using this robot.

Again, don't be confused by the way this sounds. Robots in hospitals cannot replace doctors, at least for the time being. The robotic doctors I'm talking about are actually tools for expanding the capabilities of a doctor. In this case - his presence. Take a look at the picture below. 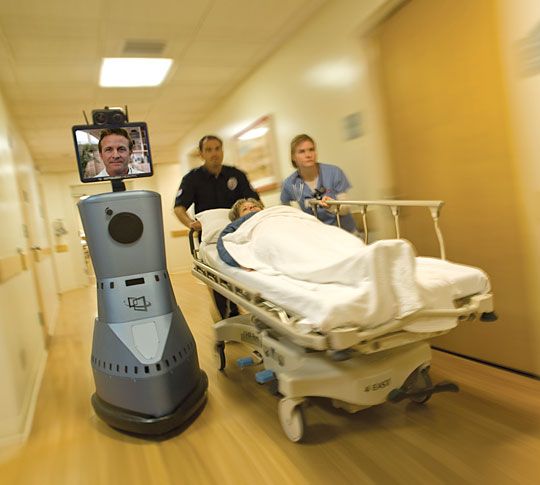 The robot you can see in this image is RP-7 made by InTouch Health. As you can see, the doctor can examine the patient from another location hence the name - RP-7 it stands for Remote Presence 7. This telerobotics app can be invaluable in an emergency situation where every second account.

Just as robots can improve the productivity of a manufacturing environment, they can also help reduce costs and achieve higher levels of productivity in hospitals. However, there is still a lot to do in this area. While it may be available in the future to fully robotize a hospital, the question remains - should it be done.

Make sure you enter all the required information, indicated by an asterisk (*). HTML code is not allowed.